He studied singing at the Prague Conservatory under the guidance of Jiří Kotouč and then continued his studies at the Music and Dance Faculty of the Academy of Performing Arts in Prague under Roman Janál from 2008. He is the winner of the junior category at the Antonín Dvořák International Singing Competition in Karlovy Vary.

He was a guest performer at the State Opera in Prague in Dvořák’s Rusalka and Puccini’s Turandot from 2004 and in Verdi’s Rigoletto and Bizet’s Carmen from the 2010/2011 season. He has performed the role of Silvio in Leoncavallo’s Pagliacci and Moralès in Bizet’s Carmen at the F. X. Šalda Theatre in Liberec. He was included in the wider nomination for the 2009 Thalia Award for his performance as Silvio. In 2011 and 2012, he performed the same role for the Český Krumlov International Music Festival alongside José Cura in the role of Canio. In the 2011/2012 season, he accepted a residency with the State Opera in Prague and he has been a soloist at the National Theatre Opera and the State Opera in Prague since 2012. There, he has performed roles such as Rodrigo in Verdi’s Don Carlos, Figaro in Rossini’s The Barber of Seville, Dandini in Rossini’s La Cenerentola, Don Giovanni in the opera Don Giovanni, Count Almaviva in Mozart’s The Marriage of Figaro, Marcello in Puccini’s opera La bohème, Silvio in Leoncavallo’s Pagliacci, Papageno in Mozart’s Magic Flute, Ping in Puccini’s Turandot, Adolf in Dvořák’s The Jacobin, Mercutio in Gounod’s Romeo and Juliet, the Maestro in Donizetti’s Viva la Mamma, Harašta in Janáček’s The Cunning Little Vixen, Čekunov in Janáček’s opera From the House of the Dead, Henry Cuff in Britten’s Gloriana, Albert in Massenet’s Werther and many others.

He was nominated for the Thalia Award in 2013 for his performance as Rodrigo in Verdi’s Don Carlos. He is a regular guest at the J. K. Tyl Theatre in Pilsen where he has performed the title role in Tchaikovsky’s Eugene Onegin, Frank in Puccini’s Edgar, Silvio in Leoncavallo’s Pagliacci and Pseudolus in Martinů’s The Soldier and the Dancer. He is a regular guest at the National Theatre in Brno (Rodrigo in Verdi’s opera Don Carlos, the title role in Eugene Onegin, Gilgamesh in Martinů’s The Epic of Gilgamesh, Valentin in Gounod’s Faust and Marguerite, Marcello in La bohème, Ping in Puccini’s Turandot, Aeneas in Purcell’s Dido and Aeneas and Moralès in Bizet’s Carmen) and on other Czech stages. He is the holder of the Director of the National Theatre Award for Artists under 35 from August 2018. In the 2022/2023 season, he will perform in the title role of Weinberger’s opera Schwanda the Bagpiper at the National theatre in Prague, amongst others. 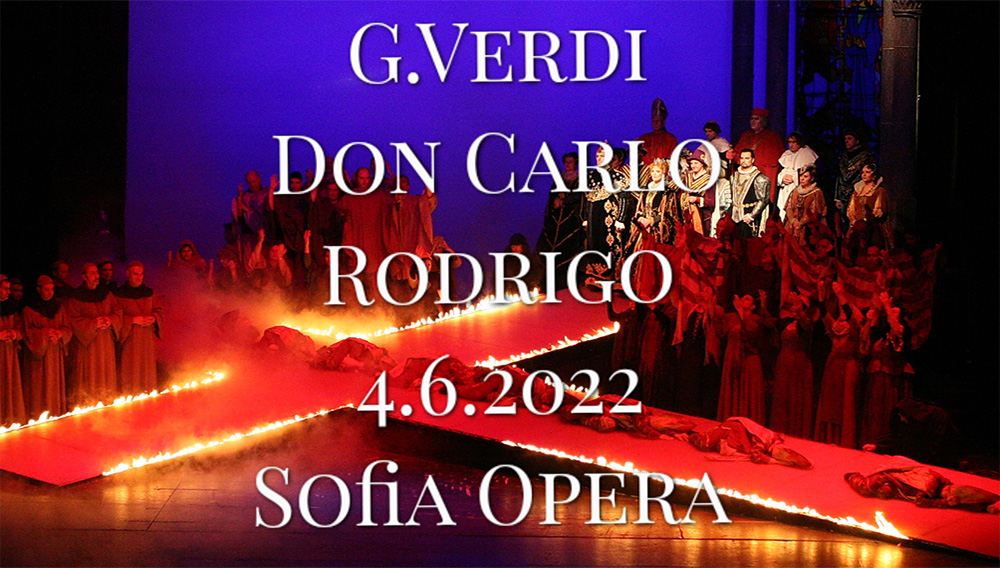 After my debut appearance at the Sofia Opera in Bulgaria, in Rossini’s opera Cinderella, held in February 2022, another great opportunity awaits me in this opera house! On 4 June 2022 I am going to perform the role of Rodrigo in Verdi’s Don Carlo opera, which has been included  in the repertoire of this theatre for more than 30 years. This beautiful production has in the past featured masters and divas such as Nicolai Ghiaurov, Ferrucio Furlanetto, Ghena Dimitrova, Violeta Urmana, Vladimir Stoyanov and many others. 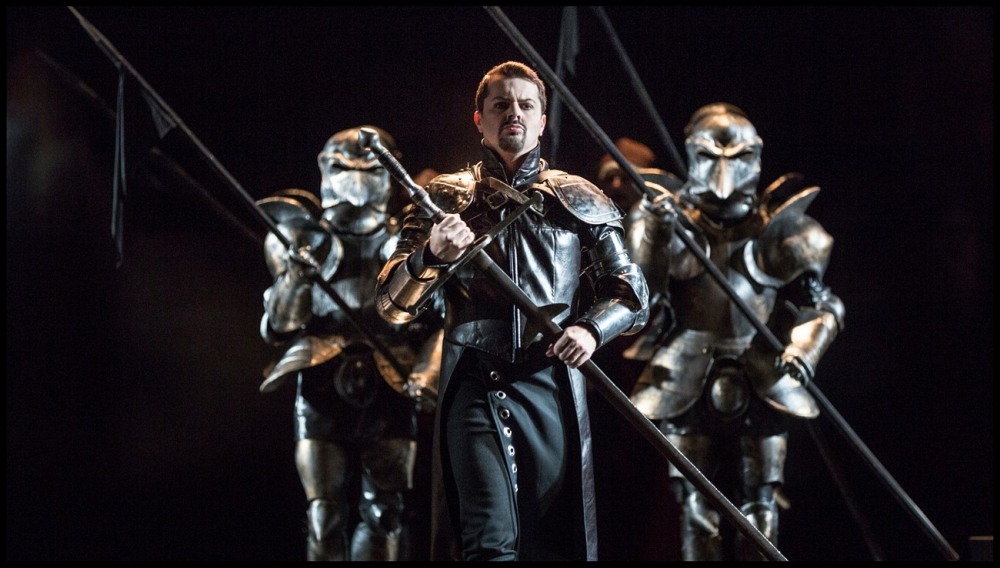 A recording of Bedřich Smetana’s opera in three acts to a libretto by J. Wenzig., in which Jiří Brückler performs as Dalibor, at The National Theatre in Prague. Online broadcast on ČtArt website to watch from Monday 21st February 2022 at 8:15 pm. This production, premiered in 2019, brought together a renowned creative team: director Jiří Nekvasil, scenographer Daniel Dvořák and conductor Jaroslav Kyzlink.

Smetana – Libuše – Radovan of Kamen most 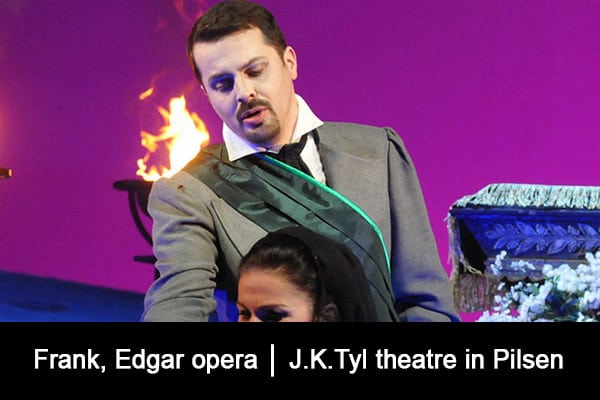 “Jiří Brückler establishes himself as the fourth key character in this tragedy, thanks to his excellent  singing impression…” 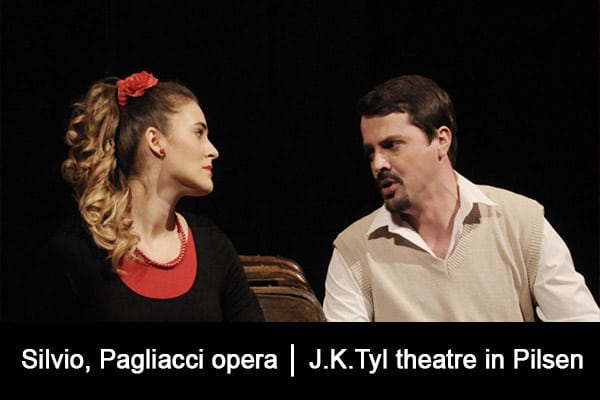 “Mrs. Katráková and Jiří Brückler were performing their parts within an significant impression. It must took a load of hard work to bring such performance to an audience ..” 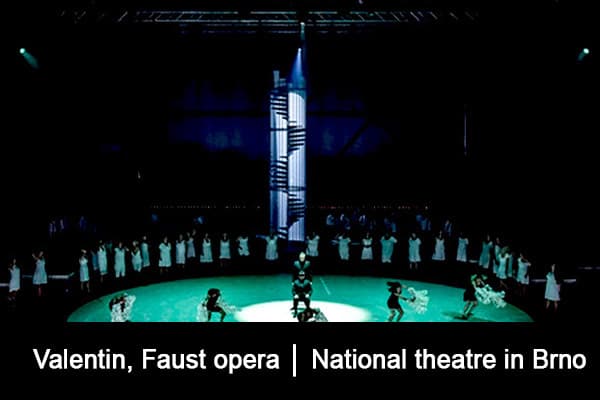 “Jiří Brückler gives us a stunning singing performance as Valentino. This character is approached in a traditional way, within his splendid barytone and a noble posture…” 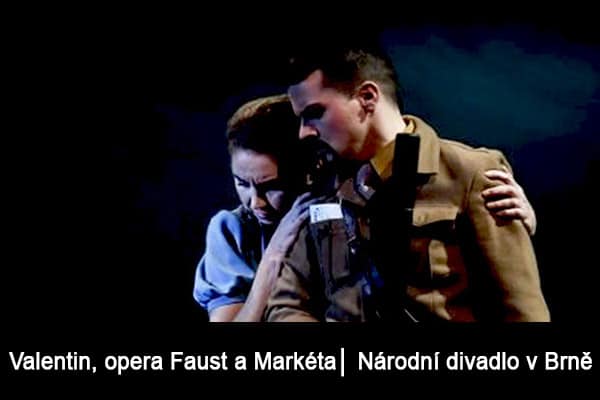 “Jiří Brückler is Valentino in the most perfection. His barytone is lyrical, imposingly tinted, but structural enough to amaze us with a fabulous impression…”